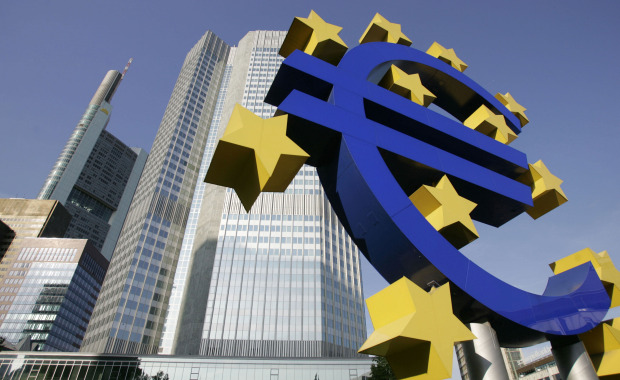 New Delhi, 11th of May 2012
Please find here the link to the original article as well as the PDF-file: Article – Time To Get Over It.

Time to get over it
by Samir Saran and John C. Hulsman

One tired conversation that dominates most European institutions and forums threatens to become a fatal liability – distancing the EU from its partners across the Atlantic and among the new capitals that influence global decision-making in Asia, Africa and Latin America. It is Europe`s Don Quixote-like quest for `common global values.`The search for this faux Holy Grail is preventing the global community from discovering vital common ground on the key issues that the emerging multipolar world is confronted with. Whatever be the issue, spending time trying to find the fool`s gold of universal values gets in the way of cutting the interest-based deals that will actually make this new world work.This wrong-headedness also leads to analytical failure, explaining the West’s self-comforting dismissal that much has changed, due to the view that the Brics ( Brazil, Russia, India, China and South Africa) themselves seemingly share little in terms of `common values’.

But the Brics do share common interests. First, all Brics countries stress there must be a stable external environment that must not be jeopardised by partisan interventions in Iran or other parts of the Middle East and Africa. Second, an accountable and stable global financial regime must evolve – with a far greater say for the rising economic powers – the promises for which remain unfulfilled since 2008-09.

Third, there must be a far greater global emphasis on development and poverty reduction efforts in Asia, Africa and Latin America – linked to the new hurdles of `green protectionism’ that Brics must stand up against. No developing power is likely to commit economic suicide to make over-privileged western `greens’ happy. As a global agenda (and despite not possessing common values), that is a lot to agree upon.

It is time to wake up to the world we actually live in and move towards the more workable paradigm of `shared interests and shared prosperity`. These are terms that flow from the vocabulary of the realist camp, acknowledging that beneath every facade, nations and societies share at least the one common value of self-preservation based on self-interest. A man in the gutter and a man in a mansion will share this, even if nothing else.

This approach offers a far greater global potential for powers, old and new, to collaborate and cooperate than the parochial values-based approach that is viewed by most outside of the EU as a not so subtle attempt to propagate wes-tern interests in an ethical cloak.

But this fetish with values is not the only intellectual challenge that efficient global governance is confronted with today. The concept of sovereignty – and the very different individual experiences of nation-states that compel them to define this critical notion differently – is another potential stumbling block.

The Brics and other emerging power centres view this transition period of their relative rise as the time to consolidate their sense of nationhood and reclaim sovereignty from a western-dominated world. Again Europe is the outlier, as sovereignty actually matters. If the Brics are to be made stakeholders in the new global governance architecture, this conceptual difference must be recognised.

The third reality of our times is that large economies in the Indo-Pacific (India, China and some others) with low-income populations and prevalent poverty will now be the fulcrum for governing the most important regions of the world. Their success is essential for global growth to be safeguarded, else, we will live in a far more hostile world. The West will need to carve out partnerships within the region to secure sea-lanes, trade, property rights and ensure stability. This dependence on these large emerging economies will change the ethos of governance.

Growth and not human rights will dictate the agenda. Industrialisation will trump environmentalism and poverty alleviation will define sustain-able development. Only when western efforts are truly made to accommodate the views, interests and needs of the rest on these issues will we see a more efficient multipolar framework emerge.

So how to make sense of this new world? The primary rule of the road must be the unbreakable link between burden-sharing and power-sharing. This basic principle must become nothing less than the new mantra of the multipolar age.

Of course, this fundamental global change takes place on a continuum; it will take years for the transition from a western-dominated world to a world with many powers (with the Brics leading the economic way) tobe completed. But as the global financial crisis made clear, change is already occurring more rapidly than anyone imagined. Along the way, a fading West and a `not-yet-up-to-it’rest could well drop the ball over vital global governance issues, resulting in what American political scientist Ian Bremmer (somewhat apocalyptically) has referred to as a G-0 world, where nothing much gets done.

It is time for Europe to get over it. Nations will not have common values, because nations themselves are a collection of diverse experiences. However, there is no need to throw in the towel, for nations can have a vision for shared prosperity with different approaches to get there. To make all this work, there must be some common macro rules and these must be negotiated on the realist terms of common interests and not through the fruitless semantics of ethics and morality.

Saran is vice-president, Observer Research Foundation, and Hulsman is president of a strategic consultancy firm.