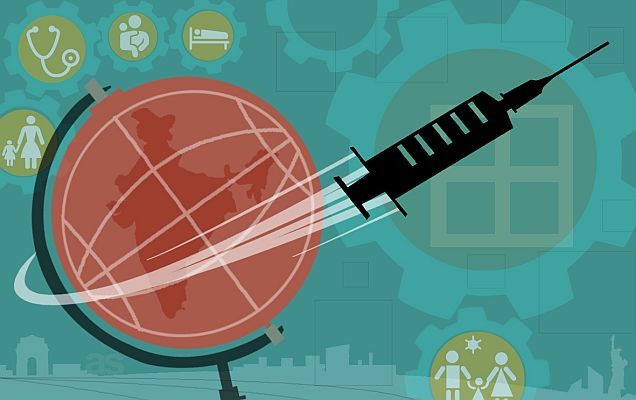 If the modest success of the Millennium Development Goals (MDGs) had at its core the remarkable story of China lifting its people from poverty and mass deprivation to the cusp of a middle-income society, the Sustainable Development Goals 2030 (SDGs) agreed by the global community in 2015 will essentially be the narrative of India doing the same in a very different world and context. The SDGs will only be met when India moves its 270 odd million citizens from abject poverty to an existence that a country aspiring to be a great power must offer. A space where the “ease of living” is as central to the ethos of the nation as the “ease of doing business”. Where national security is first and foremost predicated on India’s human security and on its zeal for combating hunger, disease, malnutrition, child mortality and its determination to provide maternal care and child care for all.

The SDG equation is quite simple. If India fails to meet the SDGs, the global SDGs will fail. If India succeeds, as it must, the global community succeeds and India has an “India Model” that will become a blueprint for large parts of the world to emulate. This is what “great powers” do: they provide solutions and roadmaps for others. India as a leading power must take this challenge and deliver on it, for its own sake and for helping achieve the global ambition of a better world.

India’s position as a provider of global public goods will flow from its ability to reconcile its own structural inadequacies. India as a leading power will have to be a source of both ideas and solutions and of financial resources for global development. The latter capacity is inevitable as the economy will grow and its development partnership programme will expand. The former requires political leadership and institutional reinvention. The global need for Indian leadership is significant. The transformation of India will take place in a decade in which the traditional underwriters of this domain are hesitant, and in some cases shirking their obligations. This is increasingly a world where flow of capital and beneficial trade for the developing world is a memory of the past. The US, EU and other members of OECD are all exhibiting fatigue in carrying the burden of this responsibility and India must step up.

Two recent statements, by the chief ministers of Uttar Pradesh and Haryana, have offered a sliver of optimism that the leadership at the Centre may be emulated in states that have traditionally been among the worst performing geographies on social indices. The first was when Chief Minister (CM) Shri Manohar Lal Khattar announced that the sex ratio at birth in Haryana, which was around the 850 mark in 2015, had improved to 938 in 2016. This is significant given that the sex ratio at birth in Haryana was between 762 and 860 in the preceding decade. What made the difference was the BBBP, launched in Haryana by the PM. It triggered multi-sectoral action to protect the girl child. It is commendable that Haryana also managed to improve its level of registration of births from 76% in 2000 to 100% by 2011. This enabled the government to actively track the sex ratio on a monthly basis at the district and sub-district levels, rather than wait for the decadal census or similar surveys.

The other important statement was issued by the newly elected UP CM, Yogi Adityanath, who has promised to hold the District Magistrate (DM) and Chief Medical Officers (CMO) accountable for deaths resulting from malnutrition or preventable disease in their districts. UP is the most populous state in India, representing one-sixth of the total population. If it were a country, it would be the fifth most populous in the world. While India is home to 270 million of the world’s 767 million poor, 60 million or more live in UP. UP also accounts for one-third of the total maternal deaths in India, with over 14,500 maternal deaths per year. Most of UP’s health and nutrition indicators lag behind the Indian average by a big margin. CM Adityanath’s proposal to develop an accountability framework is something India must grab irrespective of ideological biases.

Placed together, these announcements by the two CMs touched two significant aspects of the political economy of change. Firstly, the power of multi-sectoral action based on data and, secondly, the imperative of accountability. These two have responded to the PM’s call and perhaps now is an opportune time to enlist others and place human security at the top of the country’s priority list. It is indeed time to make high politics and high economics serve the most sacred of constitutional rights: the right to life.

What Can Be Done?

Haryana and Uttar Pradesh have made health and gender priority areas. This remarkable step by two major states whose success in these areas will determine India’s and in turn the world’s success as we approach 2030, needs to be amplified and mainstreamed. The Union government must consider helping create yearly SDG report cards that track these two and other SDGs at the district level (and below). Each of these performance papers must be championed and owned by Members of Parliament, legislators, DMs, CMOs and other officials tasked with managing the specific locality.

Rather than fall into the time-old trap of pan-Indian solutions, it is necessary to have contextual inputs to solve pressing problems in specific locations. India needs to be disaggregated at least to the district level to resolve some of our key challenges. Haryana’s success and Yogi Adityanath’s intervention provide an opportunity to start a nation-wide battle to offer the right to life and right to dignity to all, and to realise our demographic dividend in the process. Five steps are crucial and must be accorded utmost importance and attention.

If we take these five initiatives forward, Prime Minister Modi’s legacy will not just be a healthier India, but also of creating robust institutional framework that will guard against any relapse to the status-quo. It’s time to swallow the pill and internalise that SDGs are a story of India serving its own people and contributing to global transformation. It is time for a leading power to discover new pathways.

(Samir Saran is Vice President at the Observer Research Foundation)