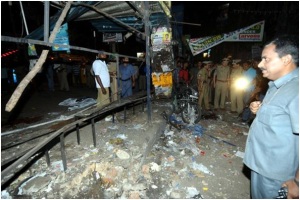 The original article can be found here

On February 11, the Supreme Court issued notice to the government, seeking its response on making intelligence agencies accountable to Parliament. This question is pertinent and in some ways captures the sentiments expressed by many and best vocalised by two leaders in recent times. Vice-President Hamid Ansari had said in his 2010 speech on this subject “….responsibility to the legislature, and eventually to the electorate, is an essential element of democratic governance to which we are committed by the Constitution.” Thereafter, the Private Members Bill introduced by Manish Tiwari (now Minister of State for Information and Broadcasting), The Intelligence Services (Powers & Regulation) Bill 2011, sought to empower intelligence agencies through a legally mandated charter that included well-thought-out elements of supervision and oversight.

Mr. Tiwari’s effort was supported by a research initiative at the Observer Research Foundation over a period of about two years. Views of and feedback from over 150 experts, politicians, social scientists, mediapersons and security professionals were solicited. The resulting analysis questioned obsolete notions of national security liberally deployed by the security community to protect turfs, prevent change and indeed to defend the indefensible. In this context, four core issues stood out and need early resolution even as the court is appraised of this matter.

In modern democracies, intelligence agencies are legally created by and operate under a charter drawn up by the legislature. India’s agencies however bear a chilling resemblance to Haiti’s Tonton Macoute, a voodoo police named after a phantom bogeyman having no charter, rules or limits. In effect it is an extra-constitutional body, prey to individuals and politics and, like such institutions, is totally unaccountable. Setting a charter improves efficiency, focussing resources and minds on what needs to be done. It directs operations on the basis of policy, not individual whim. For example if folklore has it right, if RAW had a charter, it would have legally pre-empted a former Prime Minister’s order to abandon operations in Pakistan. It cost India 30 years worth of accumulated ground assets and priceless reach.

Intelligence agencies such as Mossad, CIA and MI6 have reformed their structures to include operation and financial audits which have improved their efficiency. These agencies, prior to reforms, had a history of personal and political abuse. Institutions are based on trust, but there is no incompatibility between trust and verification. The taxpayer needs to know from a competent authority that his rupee is not being misused on ballerinas, champagne and settling personal scores. The state has a responsibility to verify and audit. The reports that these agencies are used to spy on political opponents, blackmail them and purchase parliamentary votes are too regular and too consistent to be ignored. “Watergate” was the most visible example of such abuse. Closer home, leaked telephone conversations (recorded dubiously) and allegations of keeping a tab on political opponents tell us that “Trust me” is simply not an argument — unless the government can prove that these agencies are staffed by people with a special mitochondrial DNA that makes them free of incompetence, inefficiency and corruption. As all details obviously cannot be divulged, an independent intelligence ombudsman with the highest level of security clearance is the optimal answer.

A National Intelligence and Security Oversight Committee will address the issue of control. Democracy is about deferring to the wisdom of the many. In our system, the Prime Minister is primus inter pares; all governmental decisions are passed by cabinet committees. The Prime Minister therefore, must not have permanent and exclusive control over such agencies. Far from making the process of intelligence collection tedious, collective control leads to better absorption of intelligence and enables the system to efficiently analyse the same. Interdisciplinary inputs would allow holistic analysis insulating the Prime Minister from tainted or bad intelligence. Inconsistencies may be better detected resulting in moderation and course-correction. Optimally, such a collective must include parliamentary opposition to ensure national consensus and continuity. A recent example of abuse is the 2003 invasion of Iraq. It was because powerful individuals hijacked the intelligence apparatuses of the United States and the United Kingdom that intelligence was allowed to be concocted to build a bogus case for war.

There is a case for a National Intelligence Tribunal that protects the public at large but also those serving within such institutions. Extra-constitutional institutions are usually rife with turf wars: a person trapped within such a phantom has no way to protect himself against individual caprices with no system of grievance redressal. Becoming a breeding ground for cronyism and negating merit has an enormous negative impact on professionalism and morale. After all in such a dangerous line of work, personal enmity can translate into a death sentence. A special tribunal will protect both the interests of intelligence employees as well as shield the general public from their excesses.

Deploying the “National security” argument against reform is a fig leaf for defending cronyism, incompetence, inefficiency, and corruption. A proper regulatory mechanism can only strengthen national security, not weaken it. It is time to bring in facts and lessons from global best practices to this debate as it unfolds in the highest court of the land.

(Samir Saran is vice-president and Abhijit Iyer-Mitra is programme coordinator at the Observer Research Foundation.)