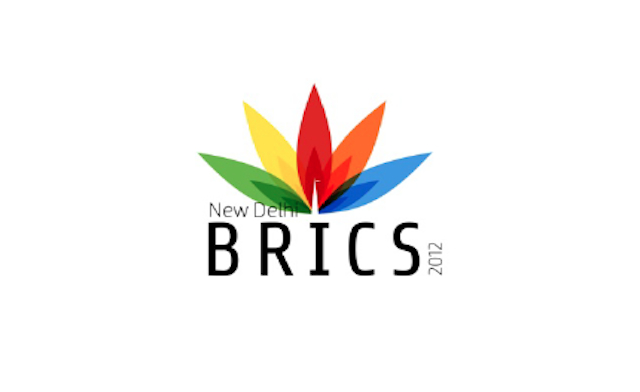 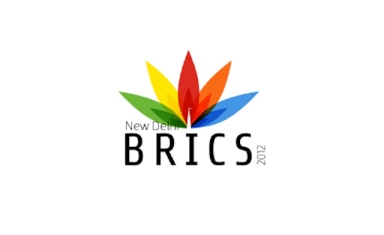 March 06, 2012, New Delhi: The 4th BRICS Academic Forum comprising experts and scholars from the research and academic institutions of Brazil, Russia, India, China and South Africa met on March 4th, 5th and 6th, 2012 in New Delhi. Given that the BRICS have covered significant ground from the first meeting of Leaders in Yekaterinburg, the Forum believes that they must seek and set concrete agendas for articulating a clear, bold and ambitious vision.

The theme for this year’s Forum, “Stability, Security and Growth”, represents the common aspirations of BRICS for strengthening progressive development trajectories and seeking transformations for optimal representation and participation in matters of global political, economic and financial governance. Sovereignity and International law serve as the fundamental principles for BRICS members in world affairs and these are prerequisites for ensuring stability, security and growth.

The imperative of economic growth cannot be substituted, and the Forum believes that BRICS must continue to create synergies for enhancing this growth through greater engagement with one another as well as with the rest of the world.

The Forum proposes the following recommendations to the BRICS Leaders for their consideration:

1)    Given the state of the euro zone and the continued ripples created by the global financial crisis, greater emphasis must be given to creating frameworks for enabling viable and timely responses to both endogenous and exogenous financial shocks within and outside BRICS. To this end, a systematic approach must be articulated to respond to any further economic downturns in the global economy.

2)    The BRICS nations must seek to create institutions that enable viable alternatives for enhancing inclusive socio-economic development agenda within and outside BRICS. Such institutions must eventually seek to set global benchmarks for best practices and standards.

3)    BRICS agreed to “strengthen financial cooperation” among their individual development banks at the Leaders Summit at Sanya in 2011. For furthering this objective, the Forum recommends studying the establishment and operational modalities of financial institutions such as a Development Bank and/or an Investment Fund that can assist in the development of BRICS and other developing countries.

4)    BRICS must evolve as a platform for creating contextualised multilateral policies, and by mutual consultation develop viable and credible mechanisms to respond to local, regional and international political and social turbulence such as the events being witnessed in West Asia and North Africa.

5)    The increasing involvement of non state actors and the dilution of the principle of non-interference are dual challenges that need to be met. Appropriate policies consistent with International Law need be be studied by BRICS academic institutions.

6)    The BRICS are home to some of the most bio-diverse regions in the world and they must work together to preserve such diversity through exchanges and consultations. They also must share experiences of integrating natural assets with their national macro-economic policies.

9)    The BRICS nations have a responsibility to respond to the increase in terrorist activities, illicit narcotics trade, money laundering, human trafficking and other new challenges. They must work together to neutralise the threats posed to each of them by sharing resources and information where appropriate, and through collaboration between relevant institutions in the member countries.

10) The Forum noted that a website has already been created by the Indian coordinator on BRICS issues. This could be further evolved into a virtual platform for the academic community for dissemination of developments, research and ideas. The Forum also suggests that the academic community and governments must work towards enhancing visibility of BRICS in their own countries and create an identifiable brand value.

11) Recent trends have shown that the BRICS are still very vulnerable to food and commodity price volatility. This, in turn, has exposed gaps in existing market policies and regulations as well as highlighted the imperative of resource efficiency. The BRICS should increase intra-BRICS cooperation in order to provide stable economic anchors for price volatility while simultaneously enhancing efficiency of resource use through better management, standards and technologies.

12) Urbanization is both a common challenge and an opportunity for BRICS. Additional capability and capacity building within urban agglomerations must be prioritized through sharing knowledge, policies and skills. Key actionable areas need to include infrastructure development, investments in mass transport, and programmes to enable social transformation.

13) The BRICS members must study the efficacy of their individual education policies and policies on Affirmative Action in promoting Inclusive growth. Documenting and sharing related outcomes could prove mutually beneficial. As a first step each of the member countries could use the Internet-based platform for distance learning about one another’s history and socio-economic development.

14) Cultural cooperation and connectivity between BRICS countries should be promoted. Instituting scholarships to promote student exchange between BRICS and creation of platform for dialogue and interface between representatives from legislative bodies, political parties and young leaders of the member nations could complement such efforts.

15) The BRICS are replete with instances and examples of innovative technologies, policies and practices. They must create linkages and institutions to share such learning, in order to promote economic growth and human development. An exchange programme of scholars, experts and business leaders in the area of innovation and entrepreneurship would present a good opportunity to enable this. In this context diversified linkages could be established among the business schools and other institutions of the five countries.

16) BRICS experts must undertake a thorough assessment of indigenous knowledge and practices to deal with common challenges such as eco-friendly agricultural practices, efficient water use, disaster management and other humanitarian issues.

17) BRICS need to collaborate on the realization of the ideal of ‘universal healthcare and medicines for all’. They must enable sharing of policies, practices, standards and experiences on public healthcare and create a community of healthcare professionals across BRICS. It is also suggested that the members must collaborate in strengthening the understanding and dissemination of traditional medicines and therapeutic practices. BRICS members must also coordinate and cooperate in international fora such as the WTO and work towards the effective transformation of WHO programmes.

The BRICS academic institutions and governments must share their hosting experiences from the annual Academic Forums and Summits in order to make successive interactions more productive and efficient.

BRICS engagements must be increased in range and frequency. To this end a Memorandum of Understanding has been signed between BRICS coordinating research institutions. BRICS must explore and make use of such avenues and partnerships among member countries.

The BRICS Academic Forum wishes the Indian government the very best for hosting the 4th BRICS Leaders Summit and is confident that the Forum’s recommendations will be considered.

The Forum appreciates the warm hospitality and expresses a hearty thank you to the Observer Research Foundation for all arrangements.

The Forum looks forward to the next meeting of academics in 2013, to be held in South Africa and they will continue their active engagement and offer full support to the organisers.