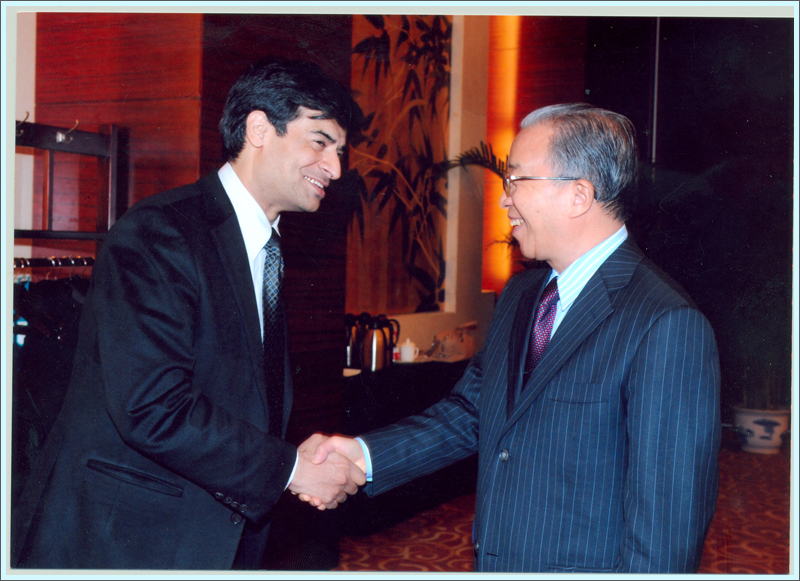 Scholars and experts from BRICS (Brazil, Russia, India, China and South Africa) countries have said that the current crisis in the Middle East and North Africa (MENA) regions should be resolved expeditiously in the interest of regional stability and in conformity with the aspirations of the peoples of MENA and said that the current crisis demonstrated that the global governance system needed to be more responsive.

This formed part of a recommendation document prepared for the Third Leaders Summit to be held at Sanya, China in April this year. At a meeting of 60 scholars of think tanks from the five BRICS countries, held in Beijing on March 24 and

In the recommendations proposed for the consideration of the Third BRICS Leaders Meeting to be held in April in China, the scholars said that the leaders should give attention to the changing international context, sluggish economic recovery, governance issues, reform of the international economic and financial architecture, Sustainable Development and Climate Change.

In the opening speech, Mr. Sun Jiazheng, Vice Chairman of the National Committee of the Chinese People’s Political Consultative Conference and President of CFPD, made three suggestions regarding cooperation among BRICS: (1) Undertaking intensive studies, and recommendations on issues that concern BRICS. (2) Focusing on major areas of international finance, international order, world peace and stability (3) Strengthening exchanges between think tanks of BRICS.

At the opening session, delegates from the five countries spoke on the need for reforming the global financial institutions, democratising global governance system, avoiding unilateralism, increasing discussions within the grouping on issues of wages, poverty, energy, health and education, defining a BRICS identity and mission and widening the BRICS’ agenda.

The first session discussed “Challenges and Opportunities- Environment and Background for the Development of BRICS Countries”. The presentations focused on the opportunities and challenges for BRICS post the financial crisis and the way ahead on issues of development and global governance Delegates from BRICS countries also spoke on issues of technological innovations, moving away from reliance on OECD countries, and greater engagement with other developing countries to enable sustainable growth.

On the topic of ’Changes and Responsibilities: Agenda and Items for BRICS Countries in Advancing Global Economic Governance’, participants elaborated the need to realise inclusive growth and emphasised on stability, peace, shared prosperity, and development, South- South cooperation, open markets and mutual trade and investment among BRICS.

The theme of the third session was ’Unity and Cooperation- Practical Cooperation and Institutional Building of BRICS Countries’. This panel discussed how BRICS can be a bridge for North- South cooperation, and the need within the BRICS grouping to resolve differences and seek common goals. Presenters also spoke on strengthening trade among BRICS, strengthening framework for polycentric world, promoting cooperation and engaging private sector actors in agriculture and other sectors among BRICS.

’Exchanges and Mutual Trust- Cooperation Among Think Tanks of BRICS Countries’ was the final theme of the symposium. The discussions delved into ways to deepen BRICS interactions and the need to convene international seminars on areas of bilateral and multilateral areas interests. There was a strong emphasis on the need to establish a BRICS institutional framework at the governmental and non governmental level and to create working groups on select projects. It was also agreed to create a BRICS Think Tanks website for scholars to contribute to.

The interactions were free and friendly and there were no contentious issues. It was obvious that the delegates were trying to find the relevance, mandate and evolution of the Group.

One high level political interaction was organised for the delegates to meet Mr. Dai Bingguo, a State Councillor, where he praised the work of the delegates in coming up with new ideas. He also cautioned that the leaders may not have the same ideas. He spoke of “broadening” the Organisation, a concept not liked by the Russians.

Some divergences on issues like trade and currencies notwithstanding, there was a general feeling that BRICS is here to stay and contribute to a change in global governance. How this will be achieved is the question to which nobody seemed to have a clear answer. There were references to the need for an alternative model of development in which BRICS countries do not repeat the same mistakes committed by the developed world. There were also statements that BRICS should act as a bridge between the developing and the developed countries. But would the other developing countries (particularly potential aspirants to the Group like Indonesia, Turkey and Mexico) like BRICS to play this role?

One theme that came up constantly was the lack of intra-BRICS cooperation in comparison to the potential that exists. For example, BRICS contributes to about 20% of global GDP. Further, 60% of the global Foreign Exchange Reserves today are held by BRICS. But these are parked mainly in Western countries when BRICS themselves desperately need capital for development.

Apart from some general references to the need for reforms of global financial institutions and replacement of dollar by SDR as the global currency, no in-depth discussions took place on these issues. However, the increase in the voting shares of China, Brazil and India was referred to as a beginning of a change in the mind-set of the developed world. One theme that was very evident was the need to coordinate BRICS positions in G-20 so as to have a greater voice.

•  Complete report of the symposium