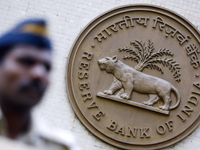 India is often described as an emerging economy, yet rarely are adequate linkages made between the domestic and foreign drivers of its growth. In the fifth installment of its “China-South Asia Dialogues” series, the Carnegie-Tsinghua Center for Global Policy invited Samir Saran, vice president and senior fellow at the Observer Research Foundation (ORF) in New Delhi, to discuss the domestic forces that shape India’s foreign policy. He was joined by ORF distinguished fellow, Ambassador H.H.S. Viswanathan, who offered a targeted analysis of these policies in practice, discussing India’s engagement of African countries. Carnegie’s Lora Saalman moderated.

After twenty years of economic reform, nearly half of India’s Gross Domestic Product is linked to the global economy. Yet, while India is an important and sizeable market, it is still not a large economy in terms of per-capita income and the depth and range of its economic activity, Saran said. With the bottom 80 percent of the population contributing over 60 percent of Indian consumption, India remains sensitive to the rise and fall of prices for both goods and infrastructure. Saran suggested that India’s designation as an “emerged economy” needs to be re-assessed.

India and the Global Community

India’s Transformation in Practice in Africa

The international perception of Africa is changing, with the traditional view of its colonial past and lack of strong institutions giving way to economic revitalization, impressive growth rates, increased consumption levels, and expanded resource extraction and exports. The political resurgence in Africa has made African leaders more responsive to good governance, argued Viswanathan. As part of this process, India and China are engaging the newly resurgent Africa and creating new paradigms.